Crowdified! This project has been successfully funded on 13. November 2017. Thanks to the 65 boosters that made it possible! 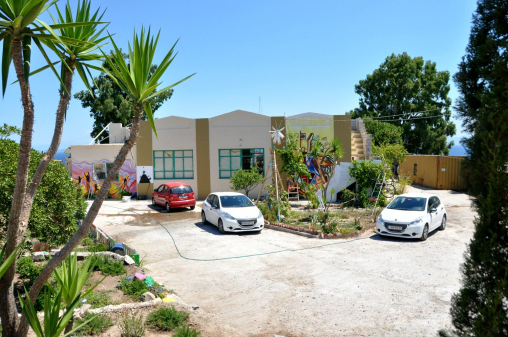 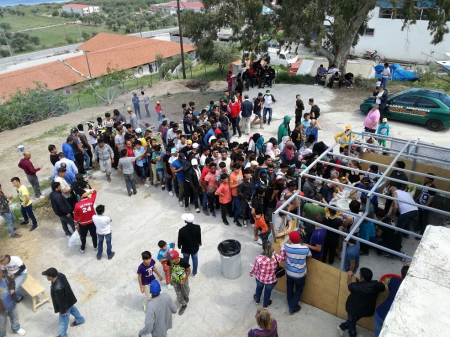 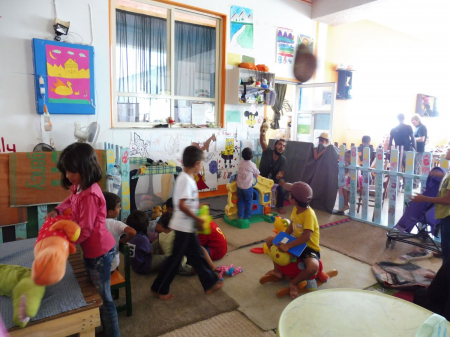 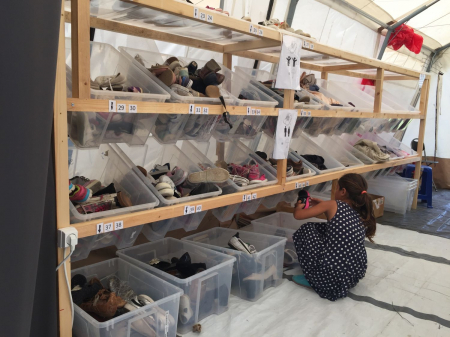 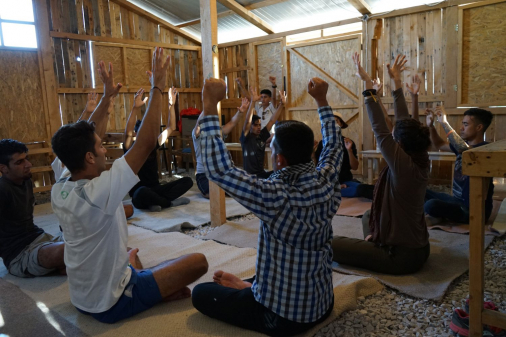 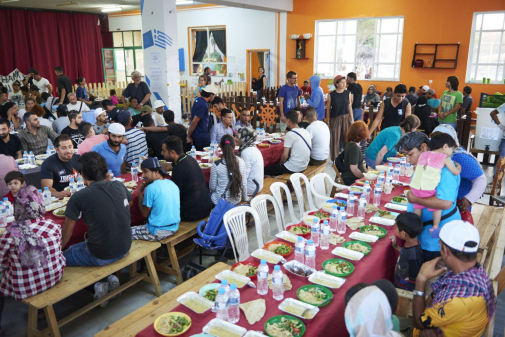 The community center One Happy Family (OHF) on the greek island Lesvos is build up and run together with refugees and volunteers.
It all started in spring 2017 and today OHF is operative up from 8 to 10 hours per day. Daily it serves up to 700 hot meals, it has over 3000 registered visitors, over 100 pupils and almost 20 different projects on spot which are run and initiated by refugees themselves. It became a place of peaceful coexistence and especially a place of creative collaboration with people of different cultures. OHF empowers the refugees on the island and allows them to escape the inhumane conditions in the camps where there is a huge lack of activities, infrastructure, medical treatment, water supply, and food.

We are three young people who will support OHF in November as volunteers.

A tough winter lies ahead of us. Together with the people in charge we‘ve analyzed the place and stated that the following work must be done:

1. Isolation of the windows of the main building through plexiglass-panes and other isolation material.
- - >The windows are thin and partly broken. With the strong winds on the island the temperature sinks to 3°. With enough donations we can even install new and better isolated windows.

2. Improvement of the room acoustics in order to reduce echoes.
- - > with the big amount of people in the main building the volume is hardly bearable. For this reason provisions must be taken to improve the acoustics.

3. Complete Isolation of the wooden house
- - > the recently built wooden house must be complete isolated to allow the people its use in winter.

4. A rainproof roof as well as water and windproof curtains for the gym area.

5. A wall above the boutique to prevent flood and gravel soil to prevent mud
- - > As the boutique is situated underneath an acclivity, the soil is a place of slobber after every rain shower.

6. Expansion of the furniture, particularly seating-accommodation


To take care of this urgent work and to overcome the winter months we need your support!

The project costs are still estimated and include construction materials, tools and transportation. All the remaining money will be used for the association One Happy Family to cover running costs.

We work WITH the people,not FOR them!

On site we work WITH the people and not FOR them. That means after our arrival a project team will be put together and local people will be involved in all further plans. Later on we will support them with materials, tools and know-how so that they are able to continue the projects after we left.
In advance we will take professional advice in the fields of room room acoustics, insulation technique and tarp production and run first material tests.

Finally we will use simple tools and materials which are available on Lesvos.

The community center One Happy Family

«One Happy Family» is a community center on the Greek island of Lesvos. Lesvos is, due to the close distance to Turkey, an important waypoint for people fleeing from wars and crises in the Middle-East and Northern Africa. These people stay on the island for many months, as the EU-Turkey deal hinders the continuation of their journey to the mainland. Because of the severe human rights situation in Turkey, they can also not be sent back in most cases. With our center, which is growing steadily and welcomes several hundred people every day, we do fill gaps which have been created by insufficient humanitarian aid and lack of governmental intervention.
Our aim is to give a piece of dignity and self-determination back to the thousands of people which are stuck on Lesvos. In the center, there are many projects, which have been built upon request and initiative of the refugees.
The community center is not being built and run FOR the people, but WITH them. Together with people from different nations and the volunteers it is a community. The people from the camps are not only engaged in building and running the center but are also involved in important decision making. That’s how we want to give them back some independency, automotive and a sense of responsibility. Those people often live in total dependency of governmental help and NGOs. Most of them don’t want that. They want to help themselves. Self-determined instead of determined by others.

Thank you very much for your great support! 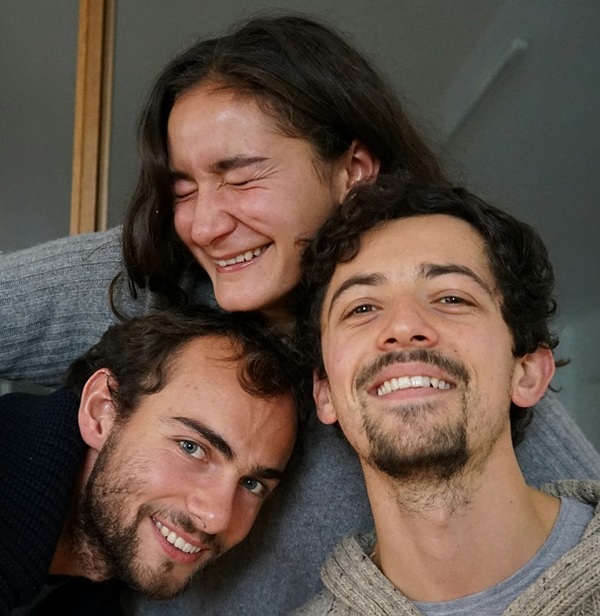 For this crowdfunding we've defined several milestones of each CHF 5'000 and one big of CHF 20'000.-. We will receive the money of each fulfilled milestone. For example if we stay under CHF 5'000 we will get nothing and all money will be refunded to the donors. Help us to reach or first milestone and we will be able to start the peoject!

During my studies at HyperWerk, Hochschule für Design und Kunst Basel, I was working for intercultural projects in Africa and India. In march 2017 I came to Lesvos and joined the building process of the One Happy Family community center. Convinced by the philosophy to work WITH the people and not for them me and my two friends decided to support the people once again and help them winterize their building.