Crowdified! This project has been successfully funded on 15. December 2019. Thanks to the 75 boosters that made it possible!

A future for the Mbyá, the jaguar and for all of us!

The Atlantic forests play a crucial role in the biodiversity and climate of the region and of our planet. The Mbyá’s entire existence revolves around the forest, and the way they treat it is highly sustainable. However, for quite a while now, the indigenous people have been driven out of the forest by large landowners. Your donation will help repurchase the forest, so that it stays in the Mbyá’s safe hands. 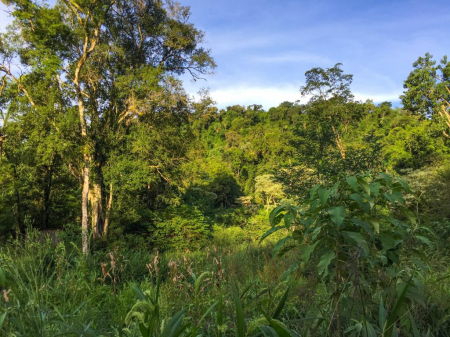 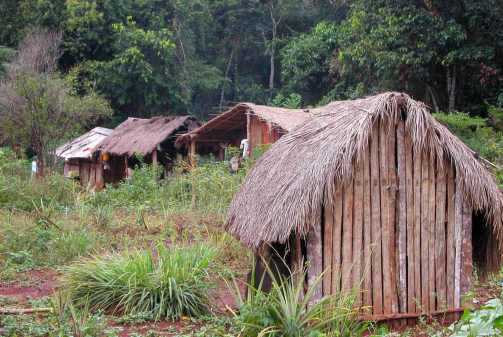 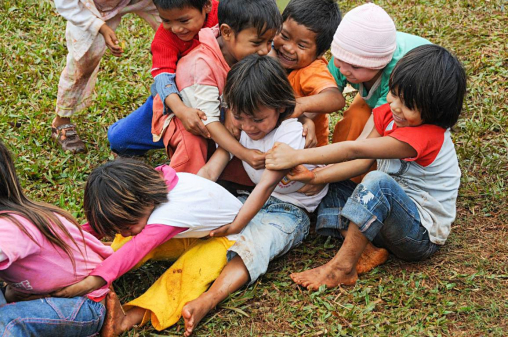 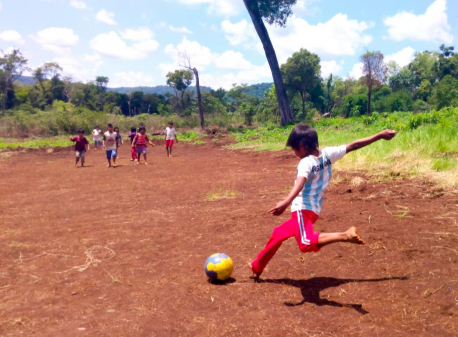 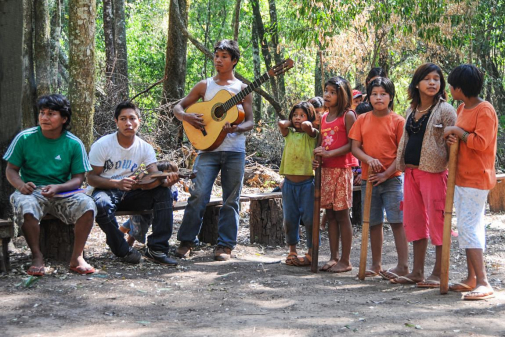 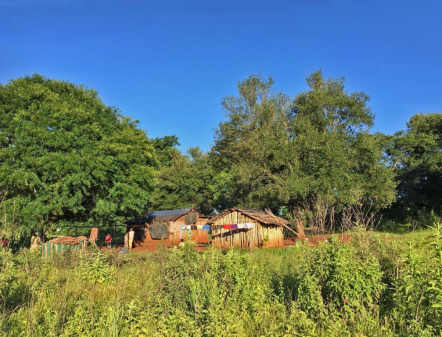 Purpose of the fundraising campaign

The two organisations, Sagittaria and Asociación Impulso Solidario, are raising money for the purchase of 1,000 hectares of forest. This purchase will ensure that the large landowners’ forest will be given back to the descendants of its lawful owners: The Mbyá-Guaraní in Misiones.

CHF 10,000 is an important step, making it possible to purchase the first piece of the forest. However, to reach the final goal of 1000 hectares, a lot more donations will be required. Please don’t let the amount of your donation be restricted by the CHF 10,000 final goal. More donation money means that more forest can be secured for the Mbyá and the future. 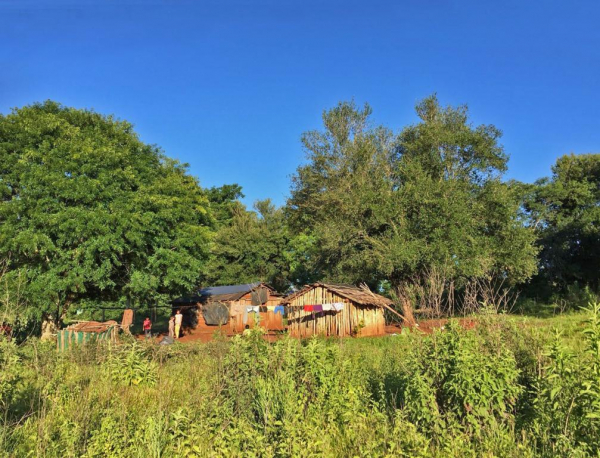 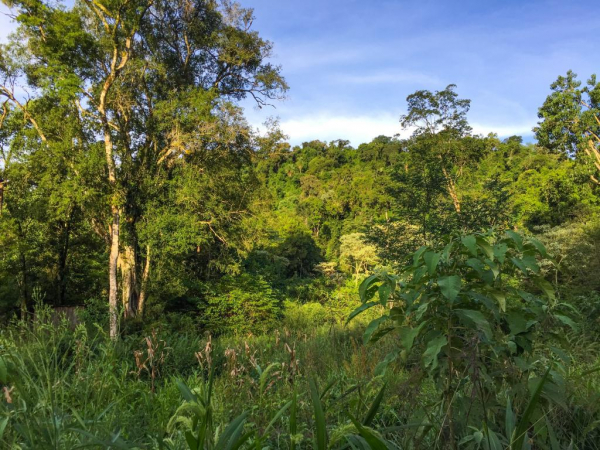 The Mbyá and the forest

Forest is essential for the Mbyà-Guaraní to lead an independent life and to be able to survive in the medium term. The forest is a part of the Mbyà, and the Mbyà are a part of the forest. Without their own land, they are always at risk of being driven away. According to their world view, this would mean them not fulfilling their purpose as part of the large community of all organisms of the Atlantic forest, which they treat as equals and with a great deal of respect.

For 20 years now, Argentina has been offering communities of indigenous people the opportunity to create self-governing legal entities. Such communities can purchase and possess forests/land under the following conditions:
- The land must not be re-sold.
- The forest and its products may only be used for the communities’ own purposes.
Thus, the forest being in the hands of the Mbyá would mean that it is protected both by law and by the Mbyá’s entire culture! This will also make it possible to preserve the last forests for the highly endangered jaguar.

The preservation and regeneration of the Atlantic forest will not only benefit the indigenous population, but is also of crucial importance to the region’s biodiversity and climate, ultimately also playing the role of the entire planet’s “CO2 drain”. The Guaraní communities will make sure that no deforestation takes place, as it is their home. The protection and promotion of diversity in nature and culture go hand in hand in this project. 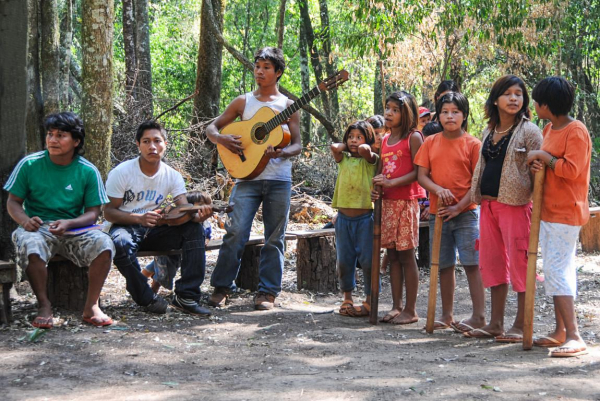 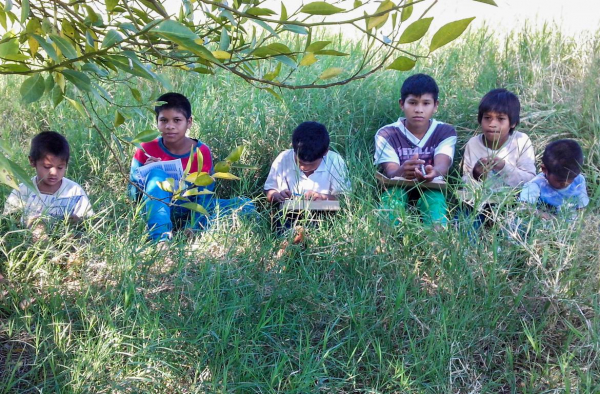 “I completely support this excellent project, which will help protect the biodiversity and the climate and ensure that many people can live their life with dignity.” 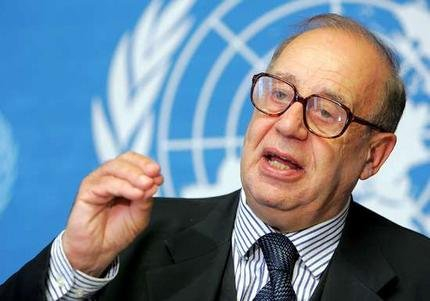 1996 saw the founding of Sagittaria, the Swiss Association for Nature Conservation in Argentina. The Association raises money for its projects by organising various activities, e. g. harp concerts in Baden.

The Asociación Impulso Solidario (AIS) emerged out of Cooperativa Ruiz de Montoya, a supporting organisation which from 1996 to 2012 sold tea and yerba mate products from farmers in the Province of Misiones/Argentina to the European market. For each kilogramme of tea sold, the organisation contributed one Swiss franc into the Solifonds fund, which supported the association’s youth as well as social projects. The AIS will continue receiving royalties from various international fair trade organisations for its Tango ice tea until the end of 2022. Since 2013, the available fund money has only been invested in purchasing forest for the Guaraní.