Crowdified! This project has been successfully funded on 02. January 2016. Thanks to the 29 boosters that made it possible!

Recording of a first LP 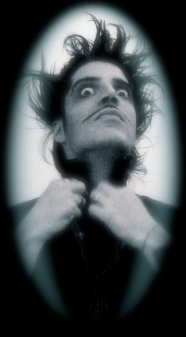 I've been working in full swing on the forthcoming LP since last fall. I ’ve already spent a lot of time in preproduction and through the resulting demos I was able to gain a lot of new supporters. It’s now time to publish my songs. The release of the LP is scheduled for the end of the year 2015,or january 2016. Live show are also scheduled (see the ginny ill website) But what I still need is financial support to cover production costs, specifically for:

What I have already invested in:

After a first life as a drummer for several garage punk bands in the late 90's, Vincent Dubuis decide to restart a solo project and reborn, after a break in music and the practice of theater, as Vinny Ill. Without age, from nowhere but very close, this control freak do everything by himself in his home in term of music. His partner in life and art Johanna Castellanos collaborate for all visual part. The loneliness, the right to dissapear, the demons inside us, the drunkiness, the life and death, the alienation with ourselves and others are some of the themes explored. But always with a important dose of irony and humour. Vinny Ill began now his life on stage in the small country switzerland. A first autoproduced album in preparation for 2016.