Biography of a child with no voice

My project is to publish my first book to give my brother a voice. This book is written to help people understand people who have special needs. It is written in English in an original style with my own illustrations. I would like to reach many people with my book so that it has a big impact. In order to do this, I need your help to pay the publication costs. Thank you so much ! 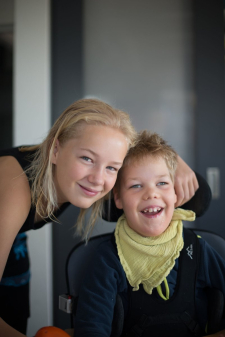 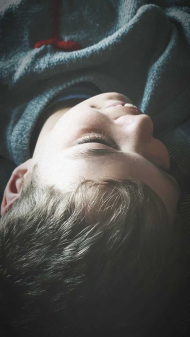 Silenced ! A book that makes the world a better place.

Have you ever wondered what it would be like to be unable to communicate? I don't mean by social media, by telephone or FaceTime. I mean not able to communicate at all. I've grown up with my brother, he can't speak and he can only move one hand, but he CAN communicate! Just not like you or I. He speaks volumes with his eyes, through expressions and by 'yeah' said at just the right moment. He can also say 'I love you' and with his iPad he can say more and more as he gets older. I don't want to put words into his mouth, but I do want people to know what it's like to be him. I want to help other people like him to be accepted in society as they should be. So, I've written his story, telling people of his joys, but also of his challenges. I'm a sixth form student, so the costs of printing it are a lot for me, will you help me communicate for my brother?

My aim is to print at least 100 copies but I can't do that without financial help.

I'm the big sister of an incredible young boy ! He has to fight for everything in life but he spreads love all around him. But love, joy and laughter are a part of his story along with difficulties of course. I want to share his story and give him a voice because he was silenced at birth. Through this story, I want to spread hope and encourage anyone who is in a similar situation to my wonderful brother.