The crowdfunding for this project ended on 23. September 2021. Unfortunately, the project objective was not achieved and the boosters get their money back.

The first backpack with changeable art prints to collect

We believe in Art as the most universal language of communication, able to connect people at a very deep level and to create an impact on our society. For this reason, our mission is to set art free from the walls and create new ways to experience it every day as a lifestyle. This is our first product entirely designed and produced by us and now we need your help to start the production and bring it to the world!

Goghpack is the first backpack that allows you to switch and collect limited edition art prints! With this backpack you set art free from the walls and you become a walking Art Gallery! It is also a sustainable product for these reasons: it is a way to match your backpack with your daily style without having many products; the ArtFlap will last forever as art print in limited edition. Every ArtFlap supports an Artist and a social cause.
The money raised will be used to start the production, protect the idea as a Swiss Product, and involve more artists.

Artemperature is a Swiss lifestyle brand for art lovers. We create new ways to experience Art everyday for a more inspiring world.

All the artworks promoted are or licensed and regulated by agreements with the artists or artworks now part of the public domain. The contemporary artists involved earn royalties per each sale (everyone differently as agreed).

For some artworks, we devolve 10% to associations. Like the collection dedicated to Sisterhood supports SAHR, a no-profit association that helps women abused to get proper legal assistance.

I'm a mompreneur and an Historian in love with Art and I want to bring more art in the life of people because I believe in art as the most powerful language of communication able to connect people to their feelings and beliefs.

She is a Swiss-English artist famous for her love for mountains. She says " Mountains have a sort of healing power on me, when I'm there and I breathe the mountain air and I feel myself stronger because I know that tomorrow it will be ok again...as the mountains are there from ages and ages, still, after storms and cataclysms..". The Matterhorn, the artwork chosen by us, is painted over a Swiss map and is part of a collection for the Foundation Room to Read. LIMITED SERIE of 100.

She is an Italian artist well known in the world of art on paper. She took part to many international exhibitions as a glamour Art Hotel in Milan has a room customized by her. She says about Shining, the artwork on our collection: Shining represents duality (feminine), a theme that is very present in my research and specifically the peace between Eve and Lilith, the two extreme parts that reconcile. In order to return to inner integrity, it is necessary to transcend the dual dimension and seek union, the reunion without judgement and deception. It is a profound act of love towards ourselves, going beyond the superficiality of being a victim and executioner. This is why we come to Earth, this is why we discover that behind the pain there is the great treasure because it hides that immense act of love that you make towards yourself and, when you learn it, you will know how to give it to others. Shining represents the moment of acceptance/ integration of the parts.

The figure of Lilith (shadow) is linked to a great pain that she carries inside and she emits it using anger, but in reality, behind that anger, there is a woman who is powerful but fragile, strong but vulnerable, who is not afraid to show all her parts but needs to defend herself from herself first of all.

Thanks to SAHR 10% of the proceeds of this artwork go to assist legally abused women. LIMITED SERIE of 100.

Christoph Rymon is a German artist who brings you into his colorful and cute world where you can play, have fun and immerse yourself in a perfect ‘90s atmosphere. He says about his artworks "They represent my story. They represent the moment when I met colors in my life. These are both toys from my childhood that I loved very much. That is why I keep resurrecting them in my pictures." LIMITED SERIE of 100.

Thanks to SAHR 10% of the proceeds of this collection go to assist legally abused women. LIMITED SERIE of 100.

He is an Italian Neo Pop artist! Piriongo is an instinctive artist born in 1975, he moves eclectically in a dream landscape with infinite potential, in scenarios where real and surreal tend to converge, with a high aesthetic sensitivity, weaving scenarios capable of catching the viewer with the graphic suggestions of characters and fantastic worlds, colorful, holographic, flowing. Here you see Merylin, the artwork we chose as part of our collection. LIMITED SERIE of 100.

He was a painter and sculptor born in Germany and dead in Switzerland in 1938. He depicted many Swiss landscapes as he was one of the founders of the artists group Die Brücke or "The Bridge", a key group leading to the foundation of Expressionism in 20th-century art. He volunteered for army service in the First World War, but soon suffered a breakdown and was discharged. His work was branded as "degenerate" by the Nazis in 1933, and in 1937 more than 600 of his works were sold or destroyed. Many of his artworks are now public domain.

He is a young and talented artist living in Zurich who says about himself: " I will become the most significant artist of our time". He likes very much flowers and fun and he mixes up them very well in his playful artworks. In June 25-27 he will exhibit his drawing collection in Freyastrasse 21 in Zurich, don't miss it! Here we chose the artwork Arden! LIMITED SERIE of 100

The Kiss by Klimt is one of the masterpieces we decided to include in our collection. It is part of public domain. It was painted at some point in 1907 and 1908, during the height of what scholars call his "Golden Period".It was exhibited in 1908 under the title Liebespaar (the lovers)as stated in the catalogue of the exhibition. The painting depicts a couple embracing each other, their bodies entwined in elaborate beautiful robes decorated in a style influenced by the contemporary Art Nouveau style and the organic forms of the earlier Arts and Crafts movement. The painting now hangs in the Österreichische Galerie Belvedere museum in the Belvedere, Vienna, and is considered a masterpiece of Vienna Secession (local variation of Art Nouveau) and Klimt's most popular work.

Another masterpiece for our collection of public domain artworks! Irises by Vincent van Gogh. Irises is one of several paintings of irises by the Dutch artist Vincent van Gogh, and one of a series of paintings he made at the Saint Paul-de-Mausole asylum in Saint-Rémy-de-Provence, France, in the last year before his death in 1890.

Van Gogh started painting Irises within a week of entering the asylum, in May 1889, working from nature in the hospital garden.[1] There is a lack of the high tension which is seen in his later works. He called painting "the lightning conductor for my illness" because he felt that he could keep himself from going insane by continuing to paint.

The painting was probably influenced by Japanese ukiyo-e woodblock prints like many of his works and those by other artists of the time. The similarities occur with strong outlines, unusual angles, including close-up views, and also flattish local colour (not modelled according to the fall of light). The painting is full of softness and lightness. Irises is full of life without tragedy.

We chose from his public domain artworks: Place de la Concorde (1938). Pieter Cornelis Mondriaan, was a Dutch painter and art theoretician who is regarded as one of the greatest artists of the 20th century. He is known for being one of the pioneers of 20th-century abstract art, as he changed his artistic direction from figurative painting to an increasingly abstract style, until he reached a point where his artistic vocabulary was reduced to simple geometric elements.

Mondrian's art was highly utopian and was concerned with a search for universal values and aesthetics.He proclaimed in 1914: "Art is higher than reality and has no direct relation to reality. To approach the spiritual in art, one will make as little use as possible of reality, because reality is opposed to the spiritual. We find ourselves in the presence of abstract art. Art should be above reality, otherwise it would have no value for man."His art, however, always remained rooted in nature.

We chose for our collection of public domain masterpieces "The Waterfall" 1909 by Wassily Wassilyevich Kandinsky. He was a Russian painter and art theorist. Kandinsky is generally credited as the pioneer of abstract art. Born in Moscow, Kandinsky spent his childhood in Odessa (today Ukraine), where he graduated at Grekov Odessa Art school. He enrolled at the University of Moscow, studying law and economics. Successful in his profession—he was offered a professorship (chair of Roman Law) at the University of Dorpat (today Tartu, Estonia)—Kandinsky began painting studies (life-drawing, sketching and anatomy) at the age of 30.

In 1896, Kandinsky settled in Munich, studying first at Anton Ažbe's private school and then at the Academy of Fine Arts. He returned to Moscow in 1914, after the outbreak of World War I. Following the Russian Revolution, Kandinsky "became an insider in the cultural administration of Anatoly Lunacharsky"[2] and helped establish the Museum of the Culture of Painting.[3] However, by then "his spiritual outlook... was foreign to the argumentative materialism of Soviet society",[4] and opportunities beckoned in Germany, to which he returned in 1920. There he taught at the Bauhaus school of art and architecture from 1922 until the Nazis closed it in 1933. He then moved to France, where he lived for the rest of his life, becoming a French citizen in 1939 and producing some of his most prominent art. He died in Neuilly-sur-Seine in 1944, a mere three days prior to his 78th birthday. 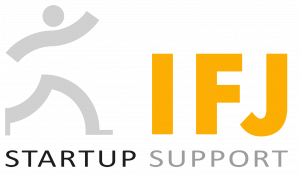