We are 8 medical and nursing students from Lausanne. Our project CALWHA of the M.E.T.I.S association supports more than 400 children living in the cities of Ukerewe and Shirati in association with the Tanzanian government. The latter provides antiretroviral drugs and we organize “Activity Days” two to three times a month during which children receive their treatments and a medical consultation. 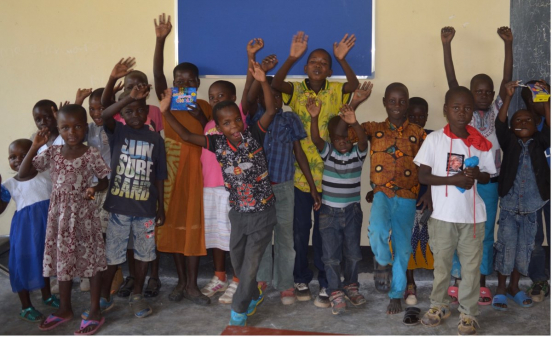 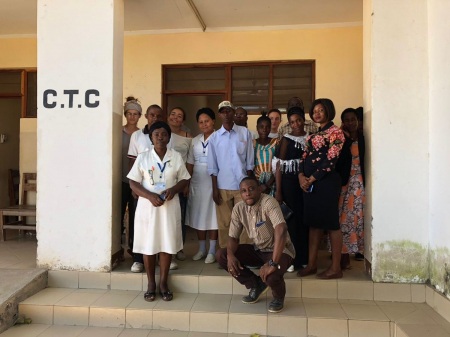 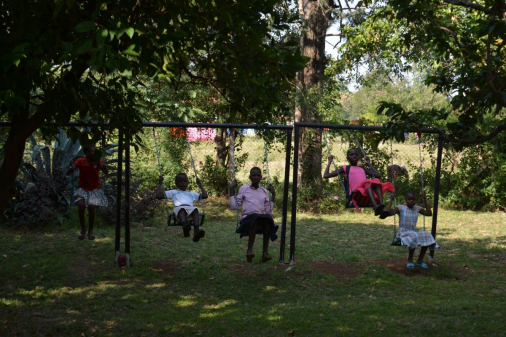 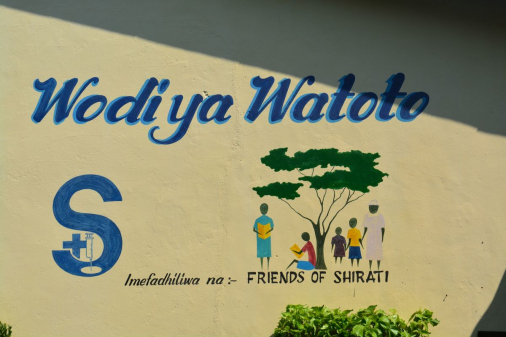 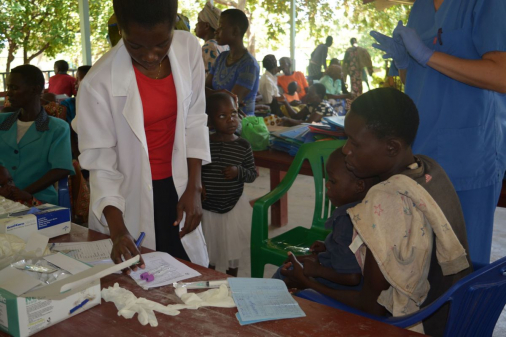 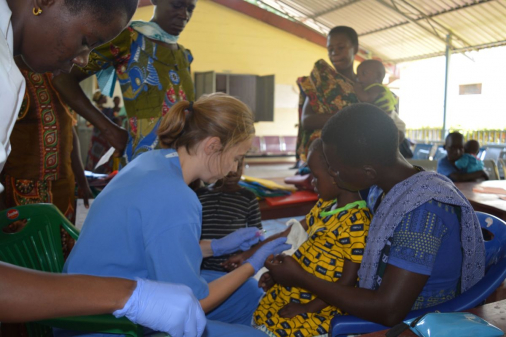 CALWHA in a few words

The CALWHA project (Children and Adolescents Living With HIV / AIDS) helps children and adolescents with HIV / AIDS in Tanzania, by funding and organizing “activity days” in two hospitals in the north of the country: the Nansio District Hospital in Ukerewe and the Shirati KMT Hospital in Shirati.
This region of the country had the highest rate of HIV infection when the project was created in 2011. The poverty of local families, the lack of adherence to treatment and the stigmatization of people with HIV / AIDS were and are still major issues in these regions. 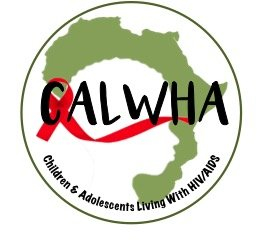 What are the funds used for?

All of the funds raised are sent to the two hospitals so that they can organize "activity days". Activity days are welcome days that take place several times a month to provide access to retroviral therapy as well as medical consultation for children and adolescents in the region. We provide the necessary financial resources and direct on-site support to ensure :

- A midday meal for all project beneficiaries

- An educational course that can cover a variety of topics, such as the importance of taking antiretroviral drugs, sexual prevention of HIV, stigma, etc.

- Privileged contact with the nursing staff at the hospital, in order to encourage a dialogue of trust

- The possibility for children to meet with each other and play together, in order to fight against social isolation and the stigma they often endure due to their infection.

We hope to raise awareness to children, adolescents and their families to the importance of adherence to the antiretroviral therapy, despite the difficulties generated by the social and economic context. 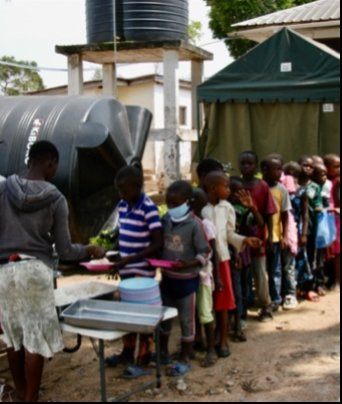 We qualitatively assess our project every summer by meeting with our local partners and the children or adolescents concerned, as well as with their families. We also receive monthly data throughout the year, collected by our local partners, allowing us to monitor the project as closely as possible and evaluate the participation of the children during the hospital activity days.
Since the start of the project, we have seen a 215% increase in the number of children participating in activity days. This evolution is always increasing. 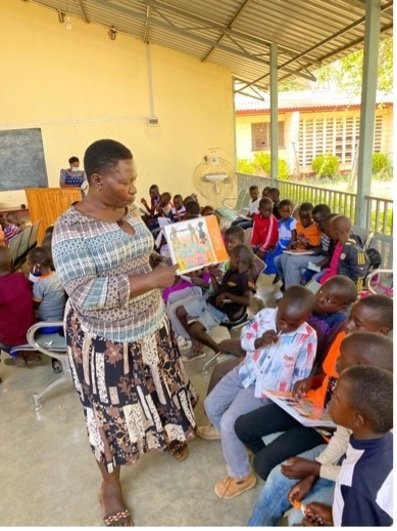 HIV (human immunodeficiency virus) is a retrovirus that is spread through blood and secretions, especially during unprotected sex or when an infected mother gives birth to her baby. HIV infection is incurable. It leads to a progressive weakening of the immune system, which ultimately leads to Acquired Immune Deficiency Syndrome (AIDS). At that point, the immune defense is very weak and people develop serious illnesses.
Left untreated, the infection inevitably progresses to acquired immunodeficiency and death.

At present, treatment with antiretroviral drugs is able to reduce the viral load and improve the quality and life expectancy of those affected.
Shortly after starting treatment, the viral load drops, allowing a person to have unprotected sex or to give birth naturally without the risk of transmitting the virus.

In Switzerland, HIV infections have been declining since the mid-2000s, with around 500 new cases per year.
Globally, more than 37 million people are living with HIV and 680,000 people have died from AIDS-related illnesses in the past year.

Almost 1,700,000 people are now living with HIV / AIDS in Tanzania. The Tanzanian government offers antiretroviral treatment, but adherence to treatment is made difficult not only because of the stigma caused by the disease, but also due to the socio-economic context of the country. 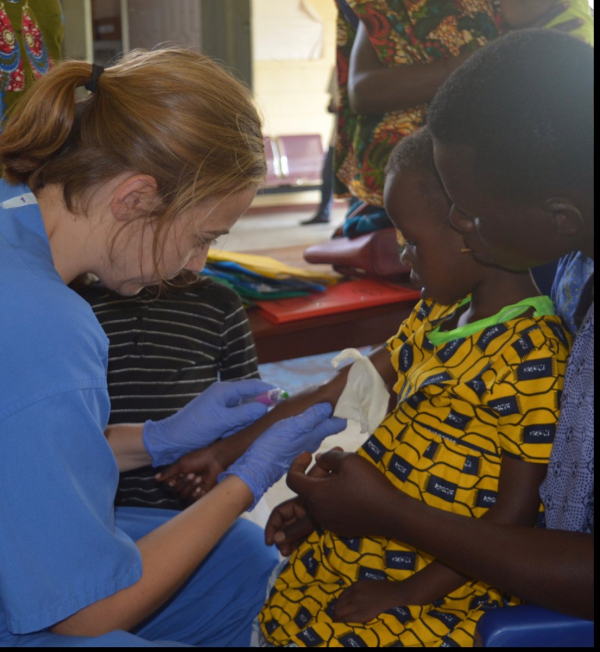 Presentation of the organizing association

M.E.T.I.S. (Movement of Students Working Against Inequalities in Access to Health) was created in 2010 by medical students from Lausanne concerned by the difficulties of access to health for vulnerable populations. We all come together around a common vision: "A world in which everyone has equal access to health". To improve access to health for all, M.E.T.I.S. has 7 projects: 4 Swiss ones (Breaking The Silence, Training, Interpreter, MNA) and 3 international ones (CALWHA, SUERTE and TOGO). 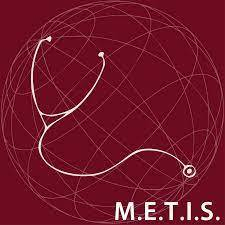 M.E.T.I.S Lausanne (Student Movement Working Against Inequalities in Access to Health) supports various causes and projects with the objective of equal access to health.

I am the CALWHA 2021-2022 project manager. I supervise the team to ensure that everything runs smoothly to collect the necessary funds, the organisation of the trip to Tanzania, as well as the communication with the hospitals on the ground.